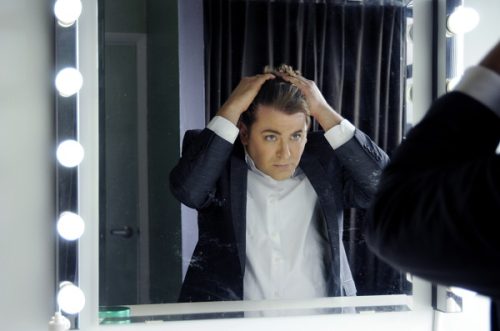 Colclough’s 2021-22 season opened with his Lyric Opera of Chicago debut in the role of Macbeth. Verdi’s Macbeth has become a signature, serving as Colclough’s debut at the Metropolitan Opera, Bayerische Staatsoper, Lyric Opera of Chicago and Luxembourg Opera. Last season saw his return to the Royal Opera House Covent Gardens where he reprised his role as Telramund in Lohengrin. Colclough is currently building the character of Alberich under the direction of Brigitte Fassbaender for the Tiroler Festspiele in Austria. Having debuted Alberich in her 2021 Rheingold to great acclaim, Colclough will complete the Cycle in 2024.

2018-19 included appearances as Peter in Hansel & Gretel at the Los Angeles Opera, Fra Melitone in La Forza del Destino for his company debut with Oper Fankfurt, as well as the Storyteller in A Flowering Tree for his company debut with Opera Queensland. During the summer, he returned to the title role of Don Pasquale with the Berkshire Opera Festival.

Mr. Colclough’s 2017-18 season included debuts with the Royal Opera House, Covent Garden as Pistola in Falstaff, Opera Vlaanderen as Falstaff in Falstaff (directed by Oscar-winning actor Christoph Waltz), Boston Lyric Opera as Hare in the world premiere of Burke and Hare, and Dallas Opera as Peter Vogel in Der Ring des Polykrates. He also made returns to Minnesota Opera as the title role in Don Pasquale and Los Angeles Opera as Monterone in Rigoletto.

The autumn of 2016 found Craig Colclough’s return to London for Scarpia in Tosca with English National Opera, a role which served as his debut at Canadian Opera Company later in the season. He also joined the Minnesota Opera for Doristo in L’arbore di Diana, and spent the summer singing the title role in Verdi’s Falstaff with Opera Saratoga.

In the 2015-2016 season Mr. Colclough’s performances included appearances with Arizona Opera as the title role in Falstaff and Simon Bolivar Symphony Orchestra of Venezuela, for Timur in Turandot, conducted by Gustavo Dudamel. Additionally, he returned to English National Opera for his role debut of Kurwenal in Tristan und Isolde, and Los Angeles Opera for Simone in Gianni Schicchi. On the concert stage, he debuted with the Los Angeles Philharmonic as Dottore Grenvil in La traviata.

In the 2014-2015 season, Craig Colclough made his European debut with English National Opera as Jack Rance in La Fanciulla del West, returned to Los Angeles Opera for concert performances of Hercules v. Vampires (roles of God of Evil and Procrustes), and also debuted with Atlanta Opera as Figaro in Le nozze di Figaro, as well as Lyric Opera of Kansas City as Lieutenant Gordon in Silent Night.